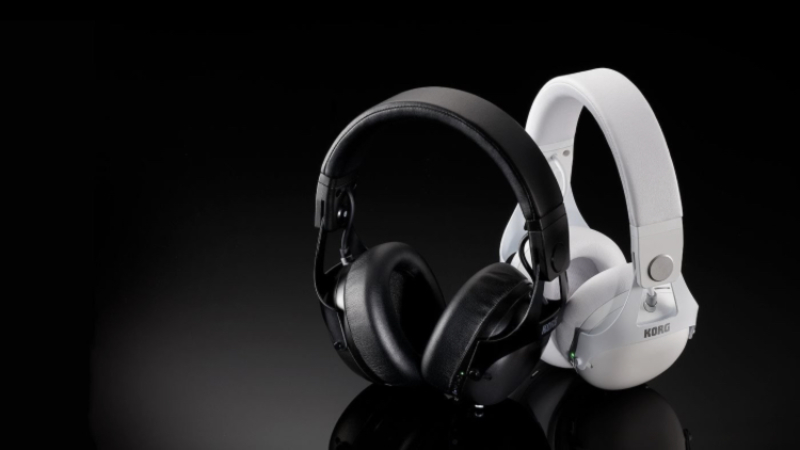 From JBL and Korg

Korg has also debuted ANC headphones for DJs called the NC-Q1. The company says its ANC is “ideal for use in a DJ booth” as it lets DJs monitor music at a much lower volume, which protects hearing. The idea is that a DJ could listen to the mixer in one ear cup, while the other ear cup’s mics pick up and amplify sound from the club’s booth monitor to pipe it in your ear.

The NC-Q1 have hybrid noise canceling like what you’d find in the Jabra Elite 85h. So, there are microphones on both the outside and inside of the headphones, which theoretically provide a better audio experience. Additionally, Korg claims the NC-Q1s’ ANC will deliver clean audio in loud environments (like clubs) where other headphones with ANC would distort. Spec-wise the NC-Q1 have a frequency response up to 25kHz, are compatible with a bunch of Bluetooth codecs, let you make hands-free calls, and support both Siri and Google Assistant.

Can either of these headphone models deliver? They both have attractive features for DJs, promising high-quality sound, comfortable wear, and little perks like audio jacks on both sides. But it’s bold to suggest using ANC for DJing, if only to consider that most ANC headphones work best on constant, low-frequency noises like an engine rumble, not super loud, close, and variable sounds.

The more relevant questions are: why do pro DJs need ANC headphones while performing? How does ANC solve any audio problems for a DJ that can’t be fixed with the volume, EQ, and monitoring controls that are already at their fingertips on a mixer? And is it that much easier or cleaner to monitor in an ear cup with ANC versus sliding an ear cup an inch over? What about any shred of latency that could wreck a mix? Why would a DJ want to monitor sound with ANC, where it would be digitized, slapped with a filter, and then converted to analog again in the headphones? What happens when the battery runs out? Is this a better option for preventing hearing loss while DJing than... earplugs? Or is this a supremely over-engineered solution?

It’s easier to accept a sell for smart ANC DJ headphones if they’re meant to provide an all-in-one option for performance and day-to-day needs. Good DJ headphones that are also useful when not DJing is a simple and compelling pitch.

But so many questions remain, and we’ll have to wait until we get to try these ourselves (perhaps at NAMM) to find some answers. Regardless, feature-packed ANC DJ headphones are here, however DJs choose to use them.